By Boneata Bell - March 15, 2017
Veganism was something that had always interested me, but having not known a single other vegan, I had listened to the stories I was told. The different versions of tales that were told to me about extremism. I received enough accusations about vitamin deficiency as a vegetarian as it was. I was ignorant, I chose to stay blind to the truth and assume vegans were just being extreme. 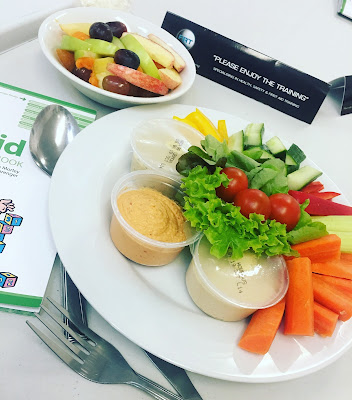 I was lucky to be pulled out of my delusion when a vegan happened to add me on Facebook after reading a poem I had written for the newspaper. I accepted her, and over time I understood what I was seeing. I watched someone living a vegan life. A healthy vegan life. I watched her caring for animals, eating food, and wearing her clothes with guilt-free pride. It was the tipping point for me; I knew then, in that moment that I myself, had been another ignorant human being.

I began to make, what some would call, major changes to my diet. To me however, they were minor changes. I swapped my dairy milk for almond milk, and my cheese for violife. As for quick microwave meals, there are so many out there if you know where to look. I didn't actually make any major changes at all.

Make-up products took me the longest, but gradually I swapped over time. I joined as many vegan groups as I could for help and advice, it's amazing listening to make-up recommendations, but it's even better putting the products on your face knowing that they are vegan, cruelty free and NOT tested on animals.

The hardest part of my journey, admittedly, is people. Along the way people have made me cry, they have made me angry, they have made unforgivable comments that will stay in my memory. Yet, at the end of the day, the first Easter I celebrated after beginning my vegan journey I watched some lambs playing with their mother's in a field, and I have never felt so peaceful. I watched them knowing that I could look at their beauty, and that I will never take another one away from it's mother again. That's what matters to me. Not the lack of support. Not the ignorant judgement of other's. I now understand what is going on in the dairy industry and not just the meat industry.

They want their mummies. They do not want to be raped. Or killed.

I do not understand what kind of world we live in. I wonder what kind of a person ever thought that it was okay to kill a living thing. It would be murder if it was another human. A pig has the intelligence of a four year old child. So when did it become okay to slaughter it? Can you not imagine the pain of a four year old child being taken away fro it's mother? No, it is not okay.

Admittedly some people want to eat the meat, but some also eat it because that's what we are told we should do. Veganism makes you hate people. It puts barriers up because you stop understanding meat eaters. You start protesting. Mentioning it at every opportunity. Why? Because you pray that someone you are talking to will see the light. The reality. The things that they are hiding from us.

Being vegan feels right to me. I can call myself an animal lover as I will never eat one, hurt one, or see one torn away from it's mother. It isn't about being perfect, we all make mistakes, but it is about doing our upmost to stop harm coming to animals. How can anybody possibly criticize that?