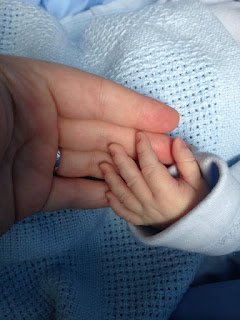 So many people want me dead.

I can see that just by their rolling eyes. It's not my fault I have a one and a half year old teenager. He's screaming. He's fighting my hold. Whilst my mother casually purchases floor cleaner. Pretending she isn’t with me. I scowl at her. To everyone's horror I nearly drop my son. I battle to keep him away from the shelves. It's my turn to roll my eyes. He's basically Hulk Hogon.

I decide to leave the store. It's my safest option. Diego begins to calm down. I’m thrilled with my fantastic parenting decision. Boneata 1 – judgmental, probably childless strangers Nil.

A lady approaches me. Probably full of pity for the struggling parent, she gives her biggest smile towards Diego and says "aren't you absolutely lovely?” I panic. Well I try to panic but I hardly even have a second to initialize my panicking before my son begins to shake his head hysterically and shouts "No!" Repeatedly in her face. Fantastic. Home time.

At 8pm I had finally put cherub into bed and crawled into my own. Curse the clocks going forward. Absolute nightmare… Then forty minutes after I had fallen asleep I was awoken by a vomiting bug.

I kept up my inner fight by concentrating on the huge amount of chocolate I could eat without worrying about weight gain once this was over. Productive month... I also quit the gym. Because who needs a gym at Easter?

Anyway most importantly, I want other mom’s to realize that it is hard.  Despite what some would have you believe. Also gentlemen, buy her chocolate. Scientifically it releases serotonin - a natural anti-depressant that will help those hard days! Sometimes, we even quit the gym so we have extra time to eat it!