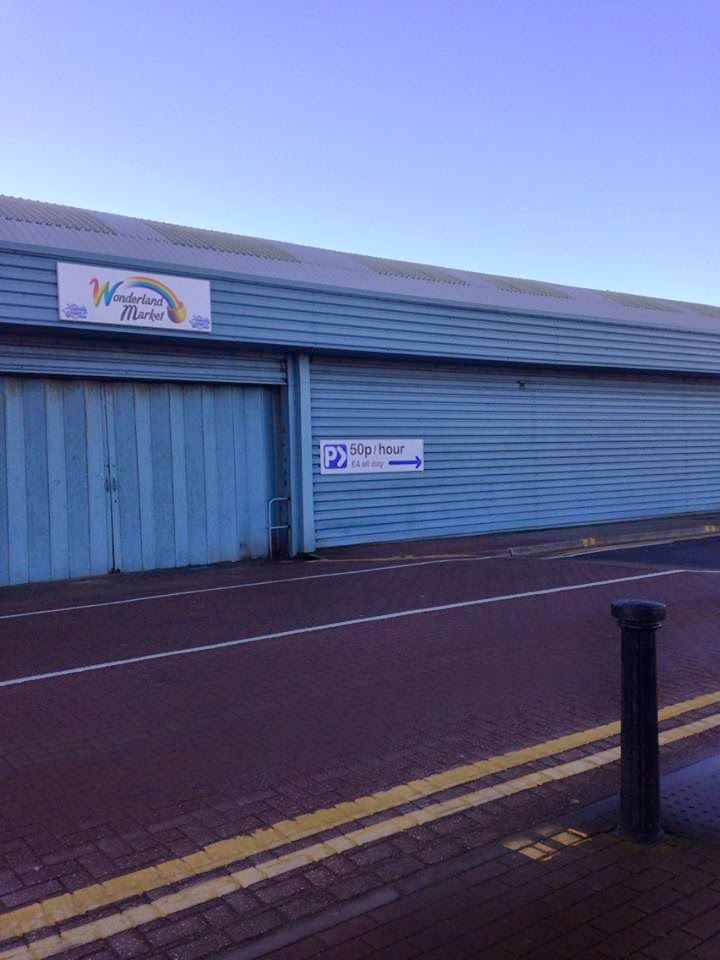 It is rumoured that the scariest aspect of life is the theory of the unknown. The division between the living and the dead, and the things that lie between them. Whether you are a believer or a non-believer it is likely that you are what I would call ‘a curious’. If somebody thinks that they can prove it, I am willing to hear them out.  There are many stories surrounding Grimsby and Cleethorpes; many sightings and suspicions. So as ‘a curious’ I decided to explore certain haunted destinations across the local area; beginning at Wonderland Market.


Situated along the calm seafront in Cleethorpes stands a building many years in age and taking a walk past the building during its peak would have shown a thriving collection of market stalls and delicious foods, but taking a walk past the newly sold building on a cold winter’s night with the wind howling across the aging shutters it sincerely allows for the imagination to wonder. Standing opposite the building I witnessed no misty appearances, heard no voices or felt anything out of the ordinary but listening to the experiences of others certainly had shivers crawling up my spine. The building which I stood opposite, alone in the dark on a January evening, is said to be haunted by two spirits.


The first is said to be the spirit of a young girl, who, involved in a tragic accident involving one of the rides that used to be in use inside the building, is said to appear in the centre of the building covered and drenched by a blood stained dress. The other is that of an elderly man, rumoured to be the previous owner; he is seen leaning over the bonnet of a car before disappearing.


It is eerie to stand before a place that could be home to spirits. I am still none the wiser as to whether such things exist or not, and I am curious as to if the expected new use of the market will see relocation of the given spirits or if they will continue to haunt their chosen sight. During basic research I found that the general belief is that ghosts will relocate to a new building and do not regularly linger around the original environment. So where will these spirits go, and who will claim to see them next across this puzzling wonderland…?