By Boneata Bell - July 01, 2013
She began to carve it,
Like it would be the last one she
Ever created.
She began to love it,
As if she would never,
Love again.

With silver strapped upon her back,
She gave a noise of only calm,
Inside she worked from dust 'till dawn,
For future home as
Eggs she held,
Within her heart with mother's features,
No smiles only instinct teacher.
From the start,
And from the heart.
With strength they pushed inside her skin,
But yet still she,
Continued to spin.

The rain fell then, with sound so known,
An echo in her hole such home,
Wooden shelter in the rain,
She trembled then with desperate pain. 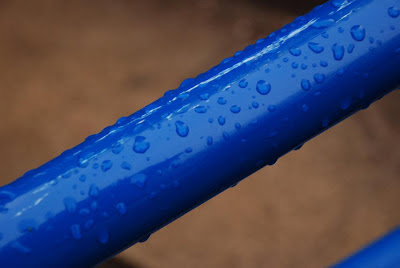 As silver structure came to blow,
The wind was bringing in the snow.
All but watch was what she did,
As deep inside she ran and hid.
Unaware, yet unafraid,
They sat there, so untouched- unscathed.

A tear formed inside her brain,
She shuddered but remained  still sane,
For animal strength is nothing but stone,
The stitches were ripped but mind was sewn.
She removed the flying debris then,
From skyline and from heart
And mind.
Began rebuilding structure then,
Within the nick of time.

Mother now, with spider silk, they
Crawled toward the outside world.
She watched with graceful attitude as
They entered into her world.
She only hoped that one day they
Worked with pride until they bled,
When they built their first and only,
Crystal spider's web.