Being a Young Reporter

I was selected to be a Young Reporter with Young People Support Service in September 2012 until October 2012. I loved every minute of it and had the privilege of writing four columns for the Grimsby Telegraph. The experience was amazing and although by the end of it, things became difficult regarding finding topics to write about I do believe that if I had the privilege of writing for them every single week I would make sure that I managed to find something interesting and entertaining to write about.

The goal of the experience is to give young people the chance to challenge the stereotype that is given to young people these days. People are too quick to jump to conclusions reguarding drug addiction, violence, sexual assault, bullying, you name it the blame is given to our younger generation.

I applied for the position on two occasions and was given it on the second; I was eager not to give up when I was unsuccessful the first time, It was just something that was a dream of mine to do, and in the end I did it!

I met some amazing people in the group that I worked with, and I began to notice the importance of meeting within a group to discuss ideas, previously I was somebody that would rather write something in the comfort of my own house and publish it secretly with no feedback from critics, but really in the long run, I needed some criticism – it gave me the opportunity to question my own belief and to hear another’s reason for their own belief. I enjoyed every minute of it.

There are many opportunities surrounding volunteering, and during my weeks with the Young Reporters I had the opportunity of conducting an interview and I will be attending an awards ceremony on November 29th 2012 in London. We have been nominated for the Children and Young People Now Awards. And by gosh do all of the Young Reporters and our ‘guides’ deserve it!

If you are interested in a future career as a writer I definitely recommend doing some work with the Young Reporters. It gives young people a voice in this speechless world. Where before people wouldn’t listen – well now they do!

Now that my time has come to an end I miss it so much and I have so many more ideas for a column that my mind is being cramped with inspiration and ambition. I wish every Young Reporter good luck and I thank the Young Peoples’ Support Service and the Grimsby Telegraph for the incredible opportunity. I would encourage anybody to get involved. It is a life changing opportunity, and I am not exaggerating! 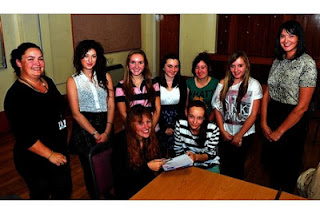 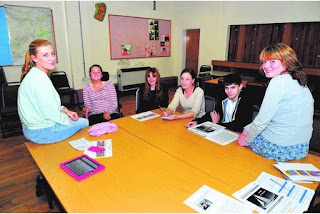 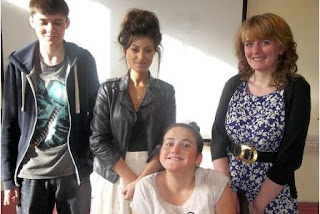