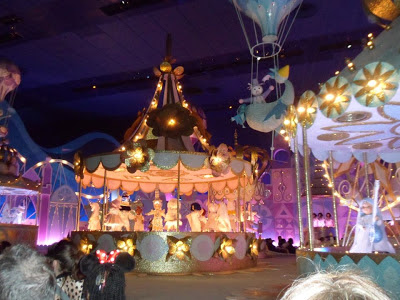 The sky was grey, with raindrops pouring from the sky upon three smiling faces. We had dressed appropriately for the day; I wore a large silver coat with extra padding and a hood, while each of my parents supported warm gloves and scarves. I was the age of nine.

The castle in the near distance was as magical as my imagination could have allowed itself to believe, the pale pink towering building loomed towards the sky, it was the tallest thing that I had ever seen.

Paris. Disneyland Paris. A place of magic. The three of us posed dramatically for a photograph, the scenery of Christmas presents and snow surrounding us. It amazed me how there was pure white snow on the floor, yet I had not seen one snowflake fall from the sky! It added to the glittering magic of the atmosphere. The tall amazing figures of my parents were looking down at me. I looked up and smiled at the authoritative figures, and I was mesmerised.

Stain glass windows outlined the castle; the windows replaying frozen scenes from Snow White and the Seven Dwarfs, Cinderella and my very favourite Beauty and the Beast. I was oblivious to the thunderous rain, in fact I may even have looked upon it as magic.

A warmth entered my heart as Winnie the Pooh walked right passed me, a crowd of children pausing restlessly for his autograph, mine was still resting in my hand empty. I was stunned. I looked towards my parents with a tear in my eye as I discovered the reality of magic. With a gentle shove my father figure pushed me towards the characters to get some autographs.

I became desperate to meet the characters from my favourite Disney films; moving swiftly around a world of colourful buildings, huge rides and even a haunted mansion. I had a new mission: to find Tinkerbell.

Shortly afterwards the carnival began and all of the characters I could have dreamt of began walking towards me; Tinkerbell was throwing fairy dust over other children and Woody from Toy Story was sat on one of the floats, throwing out sweets. I wasn't interested in the free gifts I was too busy watching the characters in awe.

At the breakfast table the following day, Goofy was approaching other children, it soon put me off my food as my appetite disappeared - I couldn't wait to get out of the hotel in search of more amazing characters. 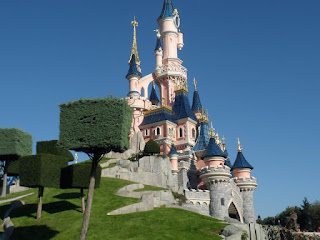 All too soon the final day of our holiday approached. I spent many amazing hours on rides, I even took a ride on Aladdin's magic carpet! It finished with a bang as fireworks lit up the night sky, and snow began to fall upon us. I was watching the sky in bliss when I tripped over my own feet and fell on my face. Many families gathered around me and my mother cuddled me in her arms. She said what a typical way of Bonnie to end her holiday.

At the tiny age that I was I felt no need to cry when the holiday had come to an end, I simply rejoiced in magic and the reality and possibilities that it held, yet now at the age of nineteen I do believe if I had the opportunity to live it again this time I would cry. I would cry with gratitude, with happiness and with a certainty that dreams really do come true.