Janet Street Porter has a reputation for speaking her mind, with no holding back! 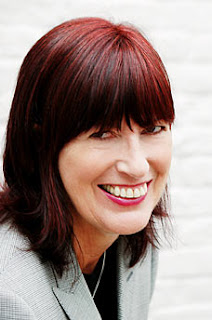 She now presents on Loose Women, not only does she write for The Independent but also for the Mail Online. Janet Street Porter has a regular column in the Daily Mail every Monday. Recently she has also been an editor for ITV2 as well as having published her own book ‘Fallout’ which includes many of her personal memoirs.

Her career in broadcasting and within the media began in 1973 where she hosted on Britain’s first commercial radio station, and she is still working within the media today. In 1981 she gained a BAFTA nominee and won the BAFTA for originality, making her a very international woman.

By the age of twenty-one Janet Street porter had switched her architectural career for a journalism career and was writing four different magazines, these were: Architectural Designs, Design Magazine, Harpers and Queen and Vogue.

I feel that Janet Street Porter is an inspirational woman as she has the career that I would love to one day have. She has taken on many different media careers and that is what I also aspire to do; it is better to be several different people than live life with no experience or adventure. I think despite her very opinionated character she has managed to make it work within the media industry where many people would have fallen apart.