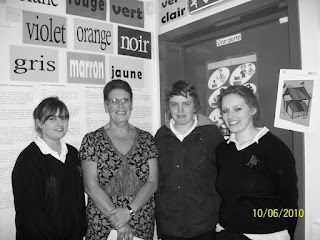 I have been looking back at my childhood recently. Mainly because life at the age of eighteen seems pretty hard at the moment; pressure from life, pressure from peers and pressure from complete strangers. In primary school I was worrying about the fact that the boy in my life would not admit he was in fact, in my life, and the 'popular boys' running off with my pencil case. I wish sometimes it was only such simple problems I had to cry over now. The other biggest problem at Humberston primary was 'best-friend falling outs', I would spend so much of my time arguing about who was the most popular, who had not given me a 'friendship bracelett' and who had not text me back and had chosen another friend over me. I miss those friends, the ones I was stuck with. Funnily enough, I miss the girl who used to taunt me during class with accusations that I had 'made up' my father's death. Stupid me misses it all. It made me a stronger person so in this bleak and tough world I can take it, but it would be nice to not have to take it, and to just go back to learning it all.

I miss the stupid fight I had with my then current best friend when she locked me in the toilet, and I miss being called to the headteacher every break time to be 'spoken to'. One of my most favourite lessons from school was this: 'Things happen that are unavoidable, love hurts and life kills, mistakes follow you and plans change but nothing stays the same.'

Since beginning 'real life' it is tough. It is true, nobody ever lied about that, and no-one pretended it was easy, but there are no jobs, and in this world it is purely each to their own; if your 'friend' finds your boyfriend attractive, she is probably going to hit on him, she's not really a friend. In most cases. On the last day of school when you cry and promise each other you will always stay in touch, you won't, not consistantly anyway. You'll both grow apart, live a new life and you may always love each other. No matter how commited you are, they will have other priorities.

Primary school wasn't like that. People either loved you or hated you, and whether you liked it or not you were stuck with these people for the next five years of your life, maybe more. So it was fun to hate. It was fun to love. I miss that stability, I miss knowing who would be there, and who wouldn't.

One of my most memorable memories is set in class eight. Mrs Elliot. I had been part of one of the most largest arguments the school had probably ever seen, the way I say it, we were three jelous girls, loving our amazing friendship, and terrified to lose it. Anyway, we argued, we cried, we sat and cried on the carpet together while we receved our punishment, at the end of the day, we smiled back at each other. We made it through that punishment. For the record, I have not seen either of the two girls in about, three years, one longer than the other. Unavoidable situations dragged us all apart.

For anybody that doesn't like school it is the easiest part of your life, and one day you will want it back, I do. I remember spilling chicken soup over myself in the canteen after previously laughing at my best friend who had made the same mistake. Smile after smile. The biggest worry was that 'stay behind' after lesson or 'I'm not your friend anymore'. You didn't have to worry about being stabbed if you didn't get along.

I miss each friend I went through at school, even if the last time we spoke we argued. I miss the sleepovers I went to; I miss looking out of the window in the middle of the night and calling my best friend's brother in because a creapy man was watching the house. Primary school was adventure, and remember picking the heads off all of the flowers in my mum's garden after school? I do.

To round this up, school isn't bad, and sure I dreaded it too when I was there, but I would give it all to have it back. Innocence. That's what it is. World issues don't matter, until you hit college and are deciding which university to go too. To everyone that hated me, and everyone that loved me at both primary and secondary school; I miss you all. Primary school is a memory I will never be able to re-live.

Pictures tell a thousand words, but reveal no secrets. 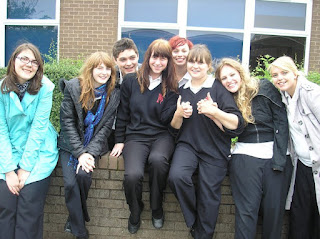 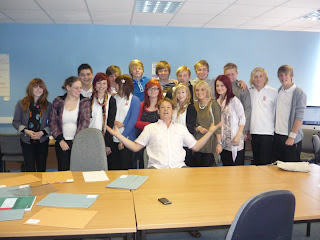